In the world of construction, modernisation and innovation does occur, it’s just sometimes, it can take a while. When it comes to solar roofing, which in itself is innovative, things just got more interesting.

In May this year, Tesla, the electric car maker, added another string to its bow – solar roof tiles. Not only is the eco aware company now manufacturing and selling solar roof tiles, it’s giving purchasers a lifetime guarantee – longer than the 20 years that typically accompany a regular roof. 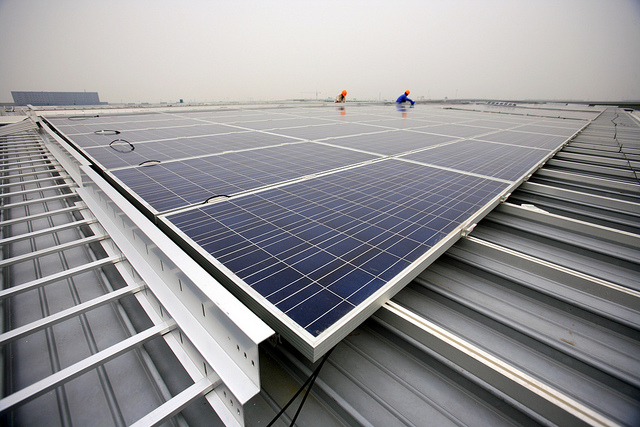 And, Tesla isn’t the only company bringing something new to the solar roofing market. Californian-based Forward Labs, has developed a new solar panelling that’s designed to blend into a roof, rather than stand out.

“Two fantastic announcements for the solar roofing industry in just two months, is great news for those with an eco-conscience looking for affordable and attractive green energy ideas,” said Knightsbridge estate agent, Plaza Estates. “More options should mean more installations, which is good news all round.”

With two companies bringing something new to the solar roofing table, consumers have more choice and also, some lower-priced options too. For the past few years, installing solar panelling on existing roofs was a costly exercise that often wasn’t worthwhile without a Government sponsored incentives.

“In Tesla’s case, the cost is still quite high, but the life-time guarantee and attention to detail for a product to look how home-owners want it to, could make it well-worth the investment,” said Central London estate agent, LDG. “As more people buy Tesla’s roof tiles, they should gain a better reputation and are likely to even be a design feature of newly built homes.”

Forward Labs solar roof panels, meanwhile, have something a little different to offer. They have been developed to be available in a variety of colours, to be fitted to a roof and look like any flat panelled metal roof.

In addition, they’re around a third cheaper than Tesla’s option, while still offering the same energy cost savings. The product isn’t available for installation until 2018, but the company is already taking pre-orders.

While it may still have more a of a solar panel look than a traditional tiled roof, it’s a clear improvement on existing solar panelling that’s not designed to blend onto a roof. And, it’s hard to argue with a product that does the same job for a lower price.

“Lower cost solar panels would certainly be a boon for the green industry and if Forward Labs can deliver on its promises, then this is a huge step in the right direction,” said Andrew Reeves, a Pimlico estate agent. “Solar power and energy efficiency is an increasingly important detail on many a home-buyer’s lists, so the ability to add attractive panels to an existing roof or build with solar roof tiles are great news for the environment and the construction industry, too.”